Almost every day we keep hearing Americans and politicians across the political continuum voicing their strong support for immigration reform with a pathway to citizenship. In spite of coming out with so many immigration reforms every now and then, there aren’t still any concrete Immigration reforms that have been drawn or planned out well.

Why is Immigration reform still dangling around?

Most economist and immigrant advocates have constantly been pointing out that the Immigration system will promote the country’s economy and that a path to green card citizenship would enhance the fortune and welfare of a large number of US families. However, the issue has always been revolving around the politicians, as some of them believe that immigration will slay new voters who are less favorable towards a Republican stand. Even though a number of GOP leaders and members would support unauthorized immigrants for legalization, but not a clear pathway to green card citizenship, as some of them are jeopardized that their chance to stay in office would bring danger by giving citizenship that will eventually grant voting power to more than 11 million undocumented immigrants living in the US.

Children of Immigrants could clout future political stand in the county

More or less 5.5 million children are currently living in the US; most of these have at least one undocumented parent, and around 4.5 million of these children are US-born citizens. If the government proposes a 13- year pathway to citizenship, that are contemplated in the Senate bill passed in 2013, millions of youngsters will turn 18 and become eligible to vote, hence the ball will be in the hands of these youngsters who will decide upon the future of the immigration reform. In addition, the report by Patrick Oakford, “The Latino Electorate by Immigrant Generation,” says that in the course of the next five presidential elections by 2032, when all of these current undocumented immigrant children will have turned 18, nearly 15.4 million voters could potentially cast 41 million ballots from these citizen children. Hence, the politicians should be focusing on these 11 million population for their future leadership in the country.

With deportation going into a whirl, illegal entry continues to keep happening, especially by those who have already lived in the US and are coming back to reunite with their families.

Why are immigrants coming back and why is US Citizenship so important for them?

Citizenship offers a sense of confidence and belonging to a society which can translate into local and parental engagement leading to a higher level of involvement towards schools and education critical for the growth and performance of children. Apart from this when a step towards citizenship is achieved, families are empowered due to the same fact and help to improve their welfare and social status.

The country’s economic growth is also boosted by legal citizens as they are permitted to work legally and in wider sectors. This creates platforms for skills development and encourages the employers to hire individuals without any fear of breaking laws. There are significant gains from earnings, tax revenues and employments; all of which are possible only by granting citizenship to these illegal immigrants.

Obtaining citizenship is a positive approach towards the betterment of the lives of illegal immigrants. This will significantly improve the quality of lives of children by making them responsible young adults capable of voting and making future decisions.

Immigration reformation policies are the need of the hour for all the illegal immigrants-, making it easier for them and enabling them to become worthwhile citizens. Although efforts still continue towards reformation of these policies a full pathway to citizenship is visible in the near future supported by voters and voters-to-be, business, labor, and leaders in favor of supporting rights to illegal immigrants. 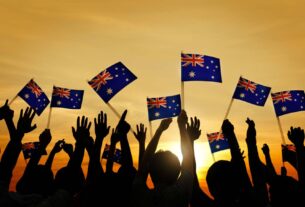 The Numbers on DACA Through the First Quarter of 2014